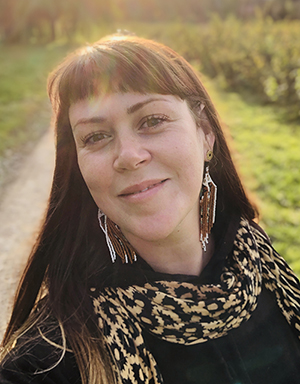 Jules has been Co-owner and Designer (both apparel and graphics) at MahaDevi since 2006.

She began her design career studying Jewelry Design and Gemmology at George Brown College in Toronto in 2003.

Shortly after moving to BC in 2004 while working for the Wilderness Committee, she began her own business, Metadivine, sewing one of a kind pieces.With a dream of starting an eco-fashion line, she studied Fashion Design at Blanche MacDonald in 2006/07.

At that same time Freyja approached her about teaming up and the rest is history.

Jules has traveled all over the world, from Australia to Bali to Costa Rica, sharing MahaDevi design at evolutionary festivals, dance, and yoga retreats.

After growing the MahaDevi base in Vancouver for over 8 years, Jules moved the warehouse and her life to Squamish in 2015 while she was pregnant with her daughter, Aliza, who is now in kindergarten at the Squamish Waldorf school.

She is full Mesa carrier with the Shamanic Yoga Institute, in which she assists and studies with. 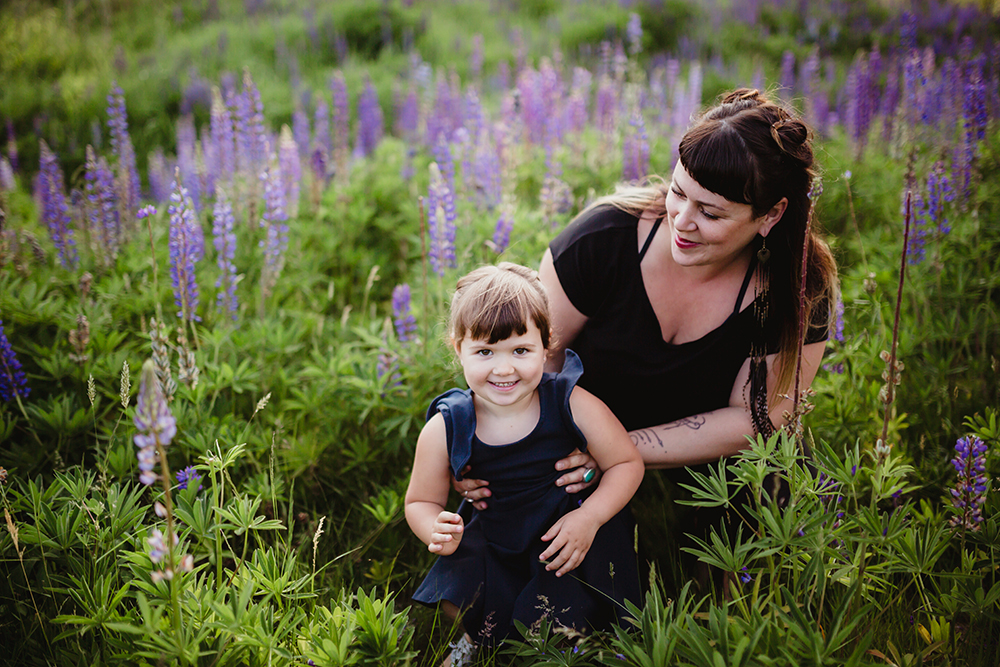 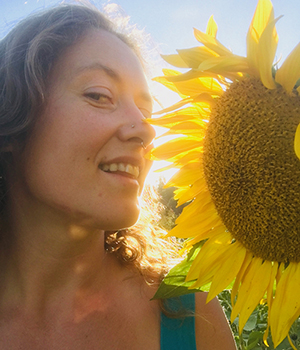 Freyja made her first dress at age 11 (with Mum’s help) then started making clothes for herself regularly at 13 when her legs grew too long to fit into pants found in stores. After leaving her home country Germany and traveling the world for a few years, she moved to Canada in 2004 to pursue training in Contemporary dance and circus arts, while at the same time moving into making clothes professionally.

MahaDevi design has been coming to shape first by touring festivals in vegetable-oil powered vehicles during the summers while also performing as a dancer and aerialist, and selling dance wear at various dance events.

Freyja now lives on a community farm on Salt Spring Island with her daughter. She loves to plant trees, grow food, run, do Yoga, climb on various apparatuses, and fly her paraglider!